Home/Wellness/The Fighter
Previous Next
The Fighter

Civil rights attorney, Ali Freeman is  familiar with fighting for others. But when diabetes attacked his health, he discovered that his toughest battle yet would be to spar for his own life. 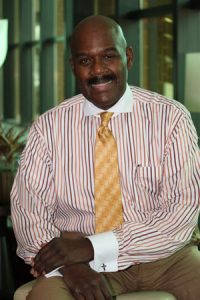 Ali Freeman, an undisputed medical champion has faced a series of hard-hitting medical blows as a result of being a diabetic. Particularly, complete loss of vision in one eye, level-five kidney failure and a quadruple by-pass heart surgery. The health heavyweight has a strong desire to inform others about the seriousness of thesilent killer.

Sitting upright in a light blue dialysis chair, Freeman exhales while peering at the needle that enters his left arm. For the past seven months, three days a week, four hours each day, he visits Beaumont Hospital for the routine procedure. He is hooked up to a dialysis machine that performs the function of eliminating toxins and excess fluid from the body, a task that kidney failure limits his body of completing alone. 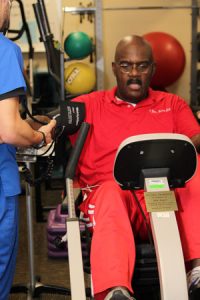 FACTS
According to the American Diabetes Association, every 21 seconds, someone is diagnosed with diabetes. Nearly 21 million children and adults in the United States have diabetes; almost one-third, or 6.2 million people, are unaware they have the disease. Diabetes is a group of diseases characterized by high blood glucose levels that result from defects in the body’s ability to produce and/or use insulin.

FORECAST
Pre-diabetes, a condition that put individuals at a greater risk for developing type-2 diabetes, the person’s cells become resistant to the action of the insulin, the pancreas is unable to produce enough insulin to combat this resistance, according to the Mayo Clinic. Instead of moving into the person’s cells where it is needed for energy, sugar builds up in the bloodstream. “Too often, pre-diabetes is dismissed or not taken seriously,” said Dr. Jim Lederer, Vice President of clinical improvement
for Novant Health, a non-profit health care organization. “Early diagnosis and intervention are critical to reduce the chances of developing diabetes and the inevitable complications that come with the disease.”

FAMILY
Early on Freeman understood that diabetes, the number four killer amongst African Americans was present in his family history. His mother, a diabetic amputee lost her battle with the disease, dying of renal failure at the tender age of 53. For this reason, Freeman never drank alcohol or used drugs. Still, because of his stature 6’3, weighing nearly 300lbs, he was not surprised when he was told that he was pre-diabetic at 25 years-old.

ROUND I
The blood of a diabetic runs like syrup, very slow, making it hard to get to each part of the body. The smaller limbs, such as the toes, legs and feet often go without oxygen, which leads to amputation.

In Freeman’s case, blood was not flowing into the tiny vessels of the eyes or kidneys. Having experienced the burst of blood vessels in his eyes, Freeman felt his vision worsening. In an attempt
to save his sight he had laser eye surgery. Ultimately, he lost complete vision in one eye.

ROUND II
Hearts were all over the shelves inside of Walgreen’s, some filled with chocolates and others on the front of greeting cards. Freeman went in to develop photos and left with yet another stinging blow.

The pharmacist voice over the loud speaker kept announcing that the store was doing free blood pressure checks. He would have ignored it, had she only said it once, but over and over he was
reminded that it was fast and free. Freeman’s blood pressure read was, 200/170 way out of normal range. He was sent directly to the hospital. On that day, he found out that he was at a LEVEL
FIVE kidney failure and immediately put on dialysis.

According to Freeman, his doctor’s words were honest and direct, “If you do not get this under control, you will die very early”.Determined to combat diabetes, Freeman instantly changed his diet and physical activity. Daily, he walked three miles, cut sugars and unhealthy carbohydrates. One year later, Freeman had shed a whopping fifty pounds. When he went back to the doctor, he no longer needed insulin or blood pressure pills. His A1C1 reading 6.4 was good, his diabetic flow finally controlled.

ROUND III
A conversation about an unexpected birthday gift would lead Freeman to another gut-wrenching discovery. Lauren Wilson, decided that she would make her 31st birthday memorable by donating one of her kidneys to her father. But before the two could undergo the surgery, Freeman would need to have a cardiac cauterization, to make sure that his heart could withstand the kidney transplant.

The heart check showed alarming results, both of Freeman’s coronary arteries were blocked. The left artery was blocked 75 percent and the right – a staggering 90 percent. Freeman underwent a qua-druple bypass surgery that relieved both blocked arteries. After two months of recovery, Freeman received cardiac clearance–just in time to walk his little girl down the aisle.

UNANIMOUS DECISION
Freeman’s medical history is extensive, his physical and emotional journey very long. Still, he stands, 6’3 inches of determination and strength. As he prepares for his forthcoming kidney transplant, he understands the complications and challenges that lie ahead – armed with endurance, he’s prepared. “I don’t worry about what could happen, I could have had a heart attack but God didn’t want me to. I could have stroked out, but God didn’t want me to. I’m still here, because God wants me to be”.